We offer a range of comprehensive solutions for businesses that are made to help companies expand their customer base online through a comprehensive combination of web and graphic design, social networking, and marketing.

We also help individuals (non-businesses) with their own websites that range from wedding announcements, personal pages, online resumes, and online portfolios.

While primarily devoted to helping customers make their own unique voices heard on the web, JoshRobertNay.com also offers instant access to Josh Robert Nay writing work, including books, poetry, short stories, and articles. You can find out more about these works — and more about Josh Robert Nay –below. 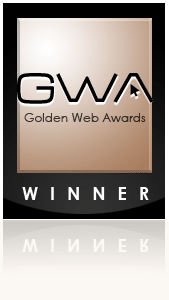 Josh was born in Gunnison, Utah on November 15, 1984, the second son in a family that included five children. He was raised in the nearby city of Richfield until the age of 8, when his family relocated to St. George, Utah. At this age, Josh began exploring his love for reading through the Book It! program, after being encouraged to read by his father from an early age.

Josh attended elementary school at Escalante Valley Elementary in the small town of Beryl Junction, Utah starting in the 4th grade. His writing aspirations began taking hold at this time, thanks to the support of the school’s principal Richard M. Webster. His first works were currently unpublished works of fiction as well as fan fiction. These aspirations grew through the years and he wrote his first long novel in 1996 at the age of 11, beginning his road to becoming an author. This novel remains unpublished at this time.

He attended Enterprise High School in Enterprise, Utah on August 18, 1997. Josh was also a journalist and editor for his high school newspaper, The Paw Print, for two years up until he graduated from high school on May 23, 2003.

Josh attended Dixie State College of Utah starting in August 2003. Here, he found a new love for acting, starring in roles such as “The Officer” in a production of the play Tartuffe and then later as both Don Antonio and a comedic reinvention of Callis in Aphra Behn’s The Rover.

Josh published Seeds of the Future, his first anthology, in March 2006 under the pseudonym Jay Roberts.

Josh moved to Manhattan, Kansas in June 2006, where he lived and worked for over two and a half years. It was during this time that he embraced new simultaneous careers in web design, graphic design, customer management, and sales. His first website, named space15, launched during this time and featured his writing. After the start of the Great Recession in 2007, he returned to Utah.

During 2008 and 2009, Josh did very little writing, instead concentrating most of his efforts on developing his other careers. JoshRobertNay.com was launched officially on September 22, 2009, originally dedicated to his writing work. A Lover’s Garden, the second book in Josh’s Seeds of the Future series, was released in May 2010.

Josh Robert Nay is the founder, owner and Editor-in-Chief of mobile tech news website TruTower as well as the owner and Editor-in-Chief of Windows news site Pocket And PC (formerly 1800Pocket/PC). He is also a former Contributing Writer for Yahoo.com. His work has appeared on the now-defunct That Gaming Site, Hispanic Network Magazine, Suite101, and numerous other publications and websites.

While continuing his careers in web and graphic design and writing, Josh is an aspiring violinist and is also the Ecommerce Marketing Manager of Health and Medical Sales, Inc. He currently lives in southwestern Utah.